You all know that unprotected sex is not a good idea. You may hear it a million times from your teachers, or parents, but it is still easy for you to look down those worst-case scenarios. According to a study, 3 in 10 teenage girls will become pregnant before they turn 20. Every year, 20 million new cases of STIs are diagnosed, and about half of these cases occur in young people between the ages of 15 and 24. Therefore, learning how to have safe sex is very important for young people, especially teens.

Sexual Health Information For Teens: What Teens Should Know

In this article, Healthy Guide will show you some of the best tips and facts that are related to sexual health for teens. Actually, all of these tips are effective in protecting against the spread of sexually transmitted infections and pregnancy.

1. Safe Sex Is Not Just About Birth Control

This should be the first one among sexual health information for teens that we want to mention in this article. According to a study [1], preventing pregnancy is very important for teens, but it is not the only thing that you should consider when it comes to having safe sex. Safe sex includes preventing STIs, getting tested for STIs, preventing unwanted pregnancy, and ensuring that you and your partners have good communication. Although it may sound strange when it comes to safe sex, abstinence is the only 100% safe bet.

Read on Top 37 Things Women Need To Know About Sexual Health to discover some of the important things women should know about sexual health.

2. How To Use Condoms

Condoms are known as one of the most effective forms of contraception. Before you consider using them, you should know some useful information about condoms.

3. Contraception And Having Safe Sex

4. You Have Higher Risks Than You Realize

Another one among sexual health information for teens is that you have higher risks than you realize. When it comes to having safe sex, one of the mistakes people make is to assume the rules for only applying penis-to-vag intercourse. However, you should take some steps to protect yourself when it comes to safe sex. According to a study, safe sex means using condom during anal or vaginal intercourse and oral sex. Besides, sexually transmitted infections including chlamydia, HPV, syphilis and gonorrhea can be transmitted when having any genital contact. Therefore, you should always use a condom to protect yourself.

To know some of the home remedies for gonorrhea in both men and women, read on 17 Natural Treatments For Gonorrhea In Males And Females

Dental dams, female condoms and male condoms can be effective in preventing the spread of STIs. Therefore, if you are using any method of birth control apart from those mentioned above, you are still at risk. For example, birth control methods such as IUDs, the pill, the patch, the shot, the vaginal ring and implants do not protect yourself against sexually transmitted infections. They are just effective in preventing unwanted pregnancy; therefore, you should also use condoms or other methods to prevent the spread of STIs.

6. Condoms Are Not Foolproof

When it comes to sexual health information for teens, you should know that condoms are not foolproof. Using condoms may be effective in reducing your risk of getting an STI, but they are not indestructible. To be safe, you should check the expiration date of your condoms, and you should avoid using baby oil, petroleum jelly, or other lotions that are able to break down latex condoms. Also, according to a research [2], you should keep your condoms away from the direct heat and use the right condoms. If male teenagers are using male condoms, these condoms should cover their entire penis.

7. Talk To Your Partner About Safe Sex

It may be difficult, but if you want to be intimate with somebody, you should talk openly to them about your sexual history, how you plan to protect yourself, and who is responsible for buying condoms. This conversation should occur before foreplay in order to make sure that both of you have the same expectations. However, keep in mind that it is never too late to talk about protection.

According to the law, the age of sex consent is 16. However, when you are 16 years old, that does not mean you are ready to have sex. You may feel like everybody around you is having sex, but that is not surely the fact. You do not feel pressured into having sex with somebody until both you and your partner are ready.

Sex and drugs and alcohol is another sexual health information for teens that you should know. If you often drink alcohol and use drugs, you may not make right decisions and then take risks. You may feel that these drugs and alcohol give you confidence and then you will be able to have unsafe sex. To keep you safer, you should apply the following tips:

There are lots of important things that you should know when it comes to learning sexually transmitted infections.

12. Things To Check Before You Use A Condom

Before using a condom, you should check the following things in order to help you stay safe:

Actually, this is known as one of the sexual health information for teens that we want to mention in this article and want all of my readers, especially teenagers to apply for good.

According to a research [4], television and the Internet are important for the life of children and teenagers. Through them, teenagers receive lots of information about sexual health. Some of them are positive and accurate while some of them are negative or incorrect. Nowadays, television professionals also give messages that can help teenagers make healthy decisions about sexuality. Also, high-quality websites can offer teenagers accurate information and health services.

When it comes to the topic of teenagers and sex, it is important to talk about birth control options. Whether you decide to wait or have sex, ensure that you know how to prevent unwanted pregnancy and protect yourself from sexually transmitted infections.

Here are some common birth control options that you can consider using:

If you are a teen and you are considering having sex, you should apply the practical tips as mentioned above. Also, you need to remember that use of alcohol as well as other drugs can affect your judgment and simultaneously increase the risk of getting a sexually transmitted infection.

After reading this interesting article, we hope that all of my readers, especially teenagers can know some of the best tips on how to have safe sex. Actually, all of these tips are effective in preventing the risks of getting pregnancy and sexually transmitted infections; therefore, you should not look down them. Instead, try to apply these tips and simultaneously share them with other teenagers around you as soon as possible.

One more thing, if you know other sexual health information for teens, you remember to share them with us by leaving your comments in the comment box below. If you want to know more about tips and facts related to sexual health, you can visit our Sexual Health Category. 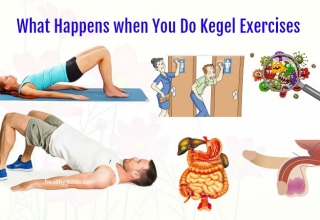 Sexual Healthcare for Men – Top 7 Facts that You Should Check out!

13 Most Googled Sexual Health Questions and Answers You Should Know

Top 34 Tips On How To Improve Skin Naturally With Oils